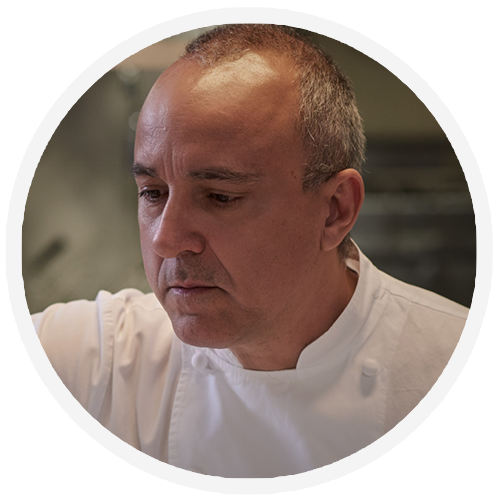 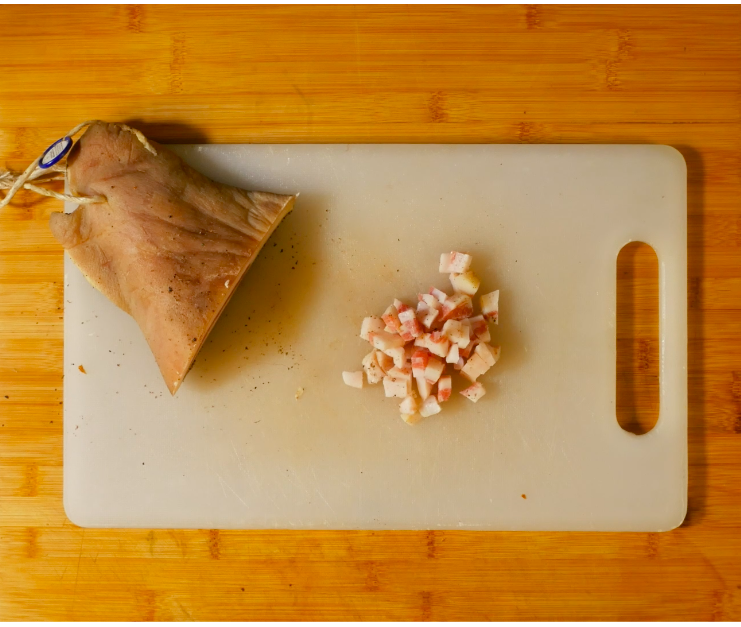 2. Clean the vegetables and chop them thinly.
Cut the bacon into cubes. 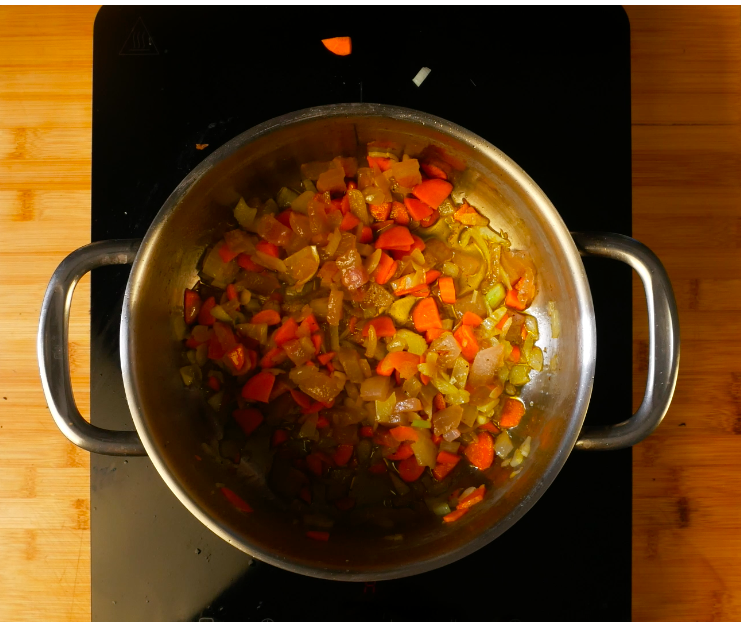 3. Put the vegetables cut with EVO oil in a pan and let them dry gently, then add the bacon and continue browning with the highest heat until the bacon is golden. 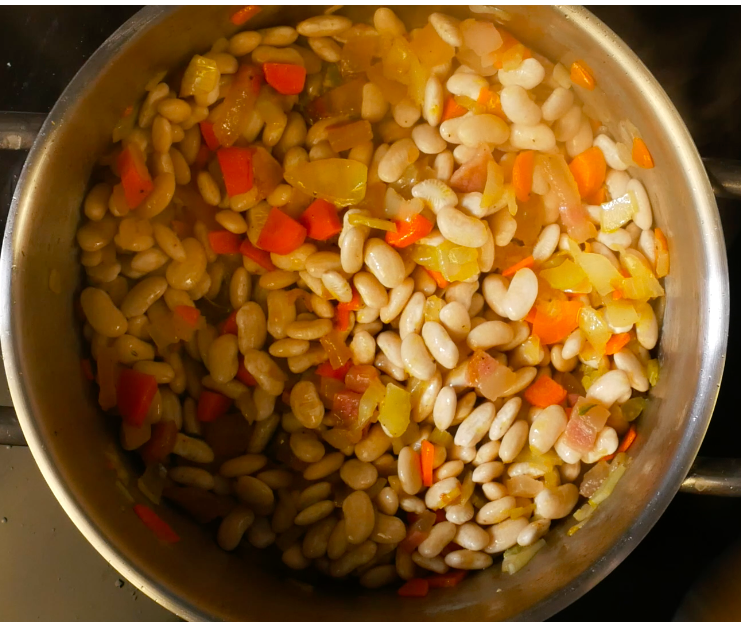 4. Add the beans drained from their water (after being soaked for a whole night in the fridge) and brown them with the vegetables. 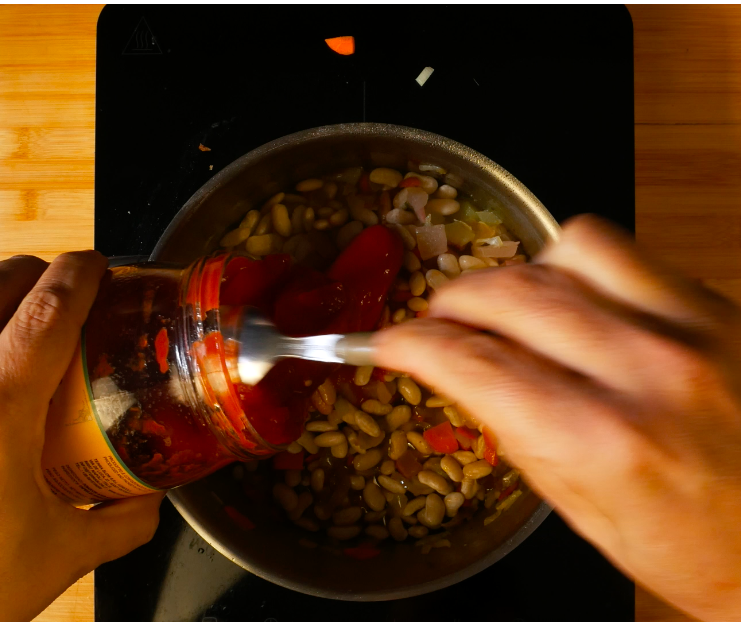 5. Add the San Marzano tomato sauce and the vegetable broth. 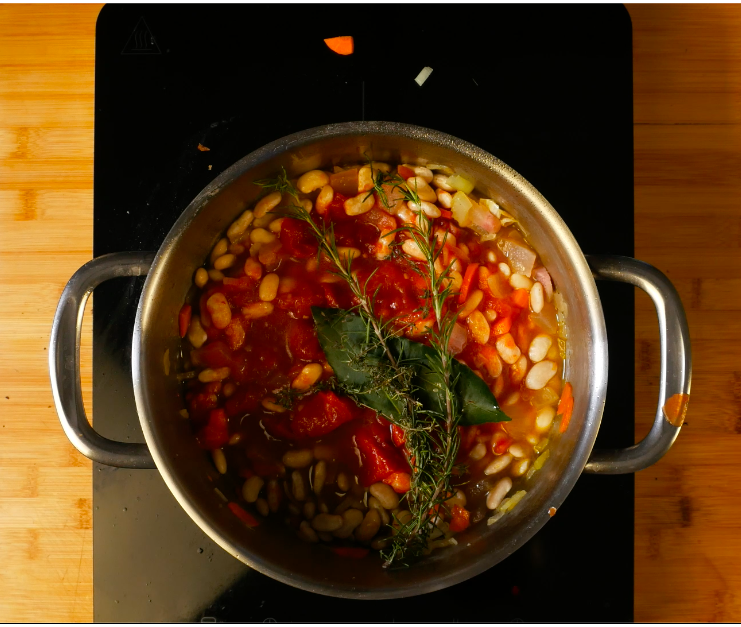 6. Place a bouquet garnished with herbs and boil until the beans are cooked. 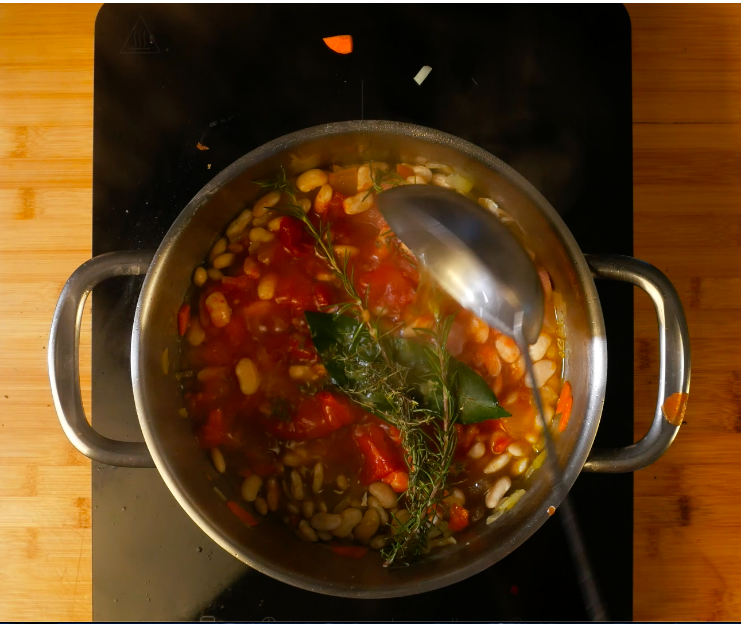 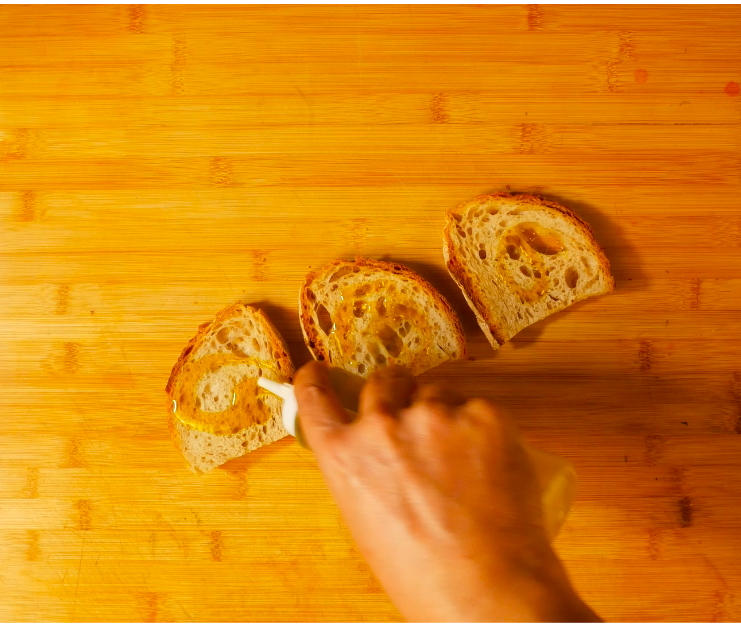 8. Toast some bread, season it with extra virgin olive oil and flavor it with herbs. 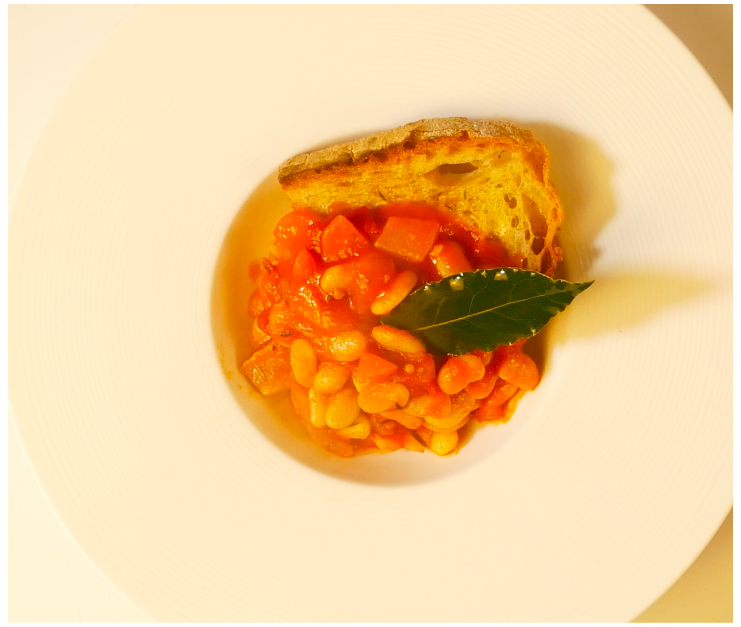 9. Serve on a deep plate with the toasted bread.

Fabio Boschero has been the Rome Cavalieri executive chef since 2016, when he returned to Italy after numerous experiences abroad. From the first moment, he was able to give the menus a clear and precise approach: Mediterranean cuisine with international influences, the result of his being Italian and at the same time a profound connoisseur of international culinary culture. His cuisine has a very personal style, in which alongside the typically Italian products, exotic ingredients, vegan and gluten free foods appear. On the one hand, therefore, we find the excellent raw materials of the territory, with a careful search for small quality artisan productions, paying particular attention to the producers of Lazio, Tuscany and Umbria; on the other hand, unusual ingredients that blend perfectly with Mediterranean aromas, giving them that touch of color and flavor that makes each course unique. A seasonal menu, attentive to the rotation of raw materials and a philosophy that puts the healthiness of food in the foreground. Modern cooking techniques, such as low temperature cooking, but above all a great interaction between chefs and guests. Many of the activities move into the dining room, under the eyes of the diners who can taste the delicacies of the menu with their eyes, rather than their palate. Particular attention is paid to sustainability: not only the general virtuous techniques that have earned the hotel the Green Key certification, the international environmental quality mark promoted by the Foundation for Environmental Education (FEE), recognized by UNESCO as a leader world in the field of environmental education and sustainable development – but also attention to the selection of raw materials, with choices aimed at the traceability of products and the containment of waste, especially ingredients of animal origin. His tasty, beautiful, colorful, healthy cuisine is always very attentive to the new needs of a public increasingly sensitive to the aesthetics of food, health, the environment and the modern taste of what it eats. Italian and cosmopolitan, Fabio Boschero has a long experience in catering to his credit, having been responsible for “excellent” kitchens not only in Italy but also in Brazil, the United States, the Caribbean and South America, where he was able to compete with the wishes of the most demanding international clientele. 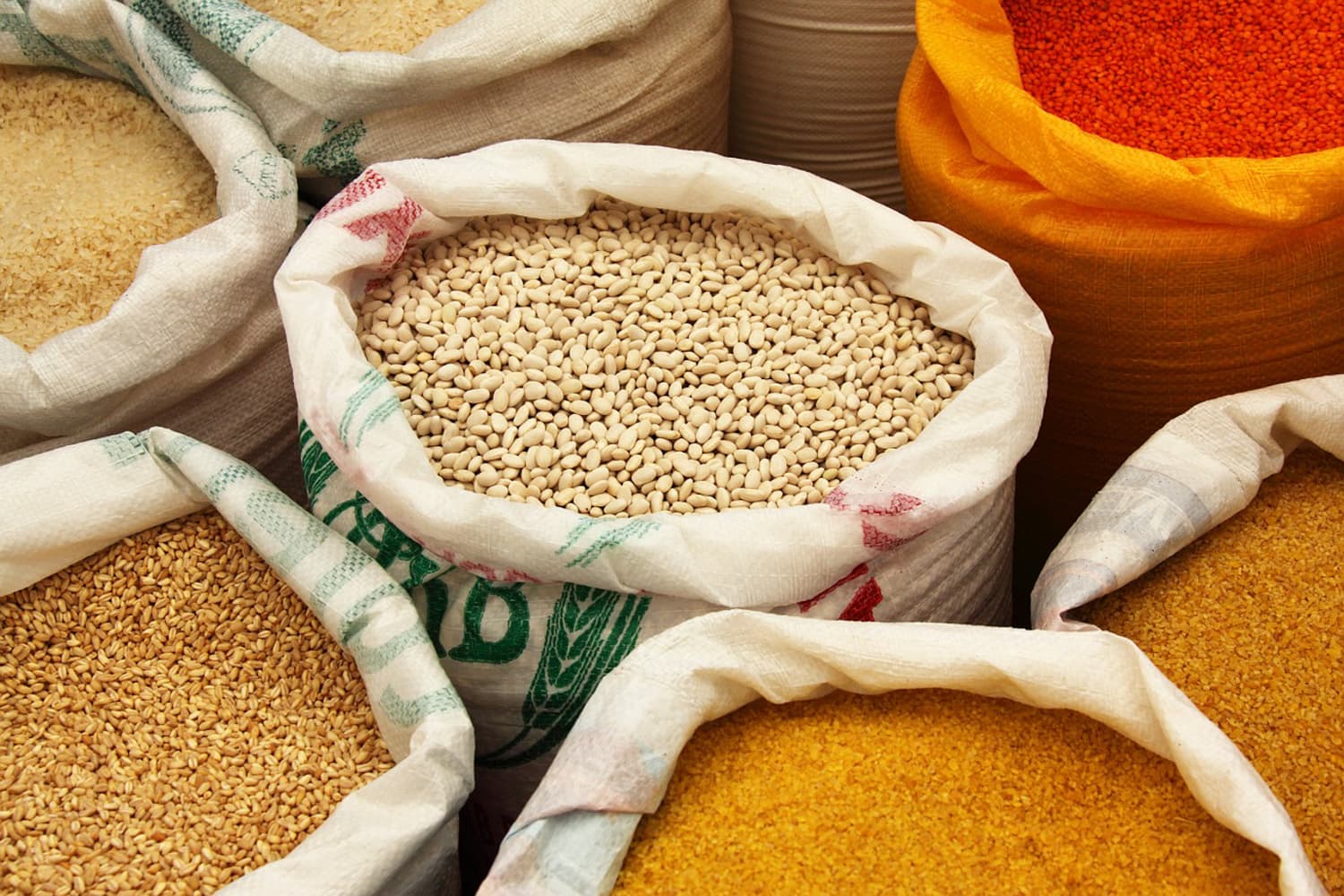 The seed of the Arsolana bean is white in colour, kidney-shaped and variable in size from 5 to 7 mm. The cultivation of the Arsolana bean takes place on sandy-clayey soils of heterogeneous composition. The harvest is manual, as is the beating of the dried pods, done with natural cane whips. The Arsoli bean is easily recognizable for its buttery consistency. 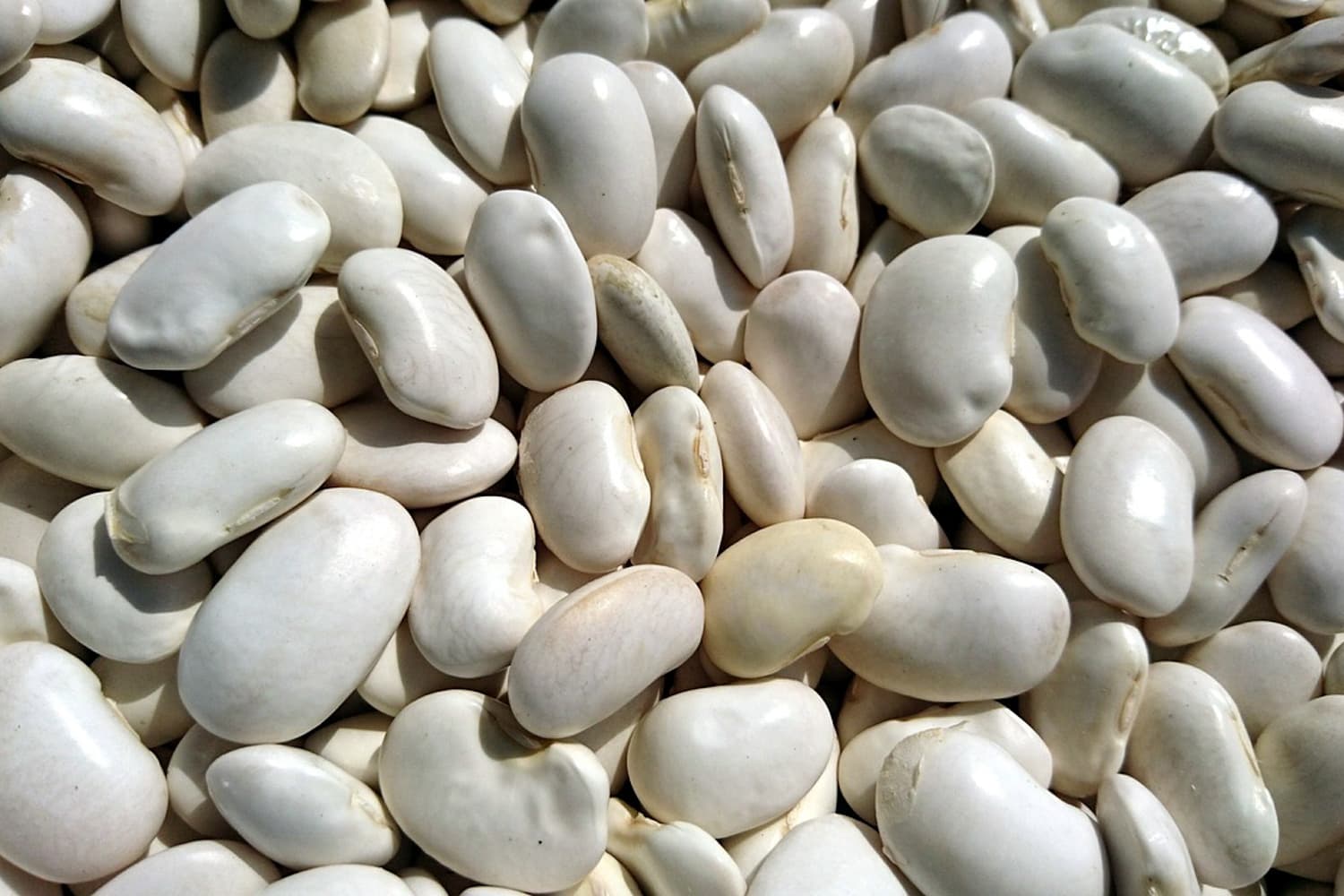 The seed of the Bean Cappellette of Vallepietra is kidney shaped, with abundant sized cotyledons. The color is particular and gives rise to the name of the ecotype: it is half white and half blue, as if the last part were a cap affixed to the seed. The hilum, which is located in the purplish area, appears white in color and is highly developed, compared to the size of the seed. The area in which the production is located at the foot of the mountain Autore, along the narrow strip of land formed by, the action of the river Simbrivio, here are cultivated the different ecotypes of Bean originating from Vallepietra. 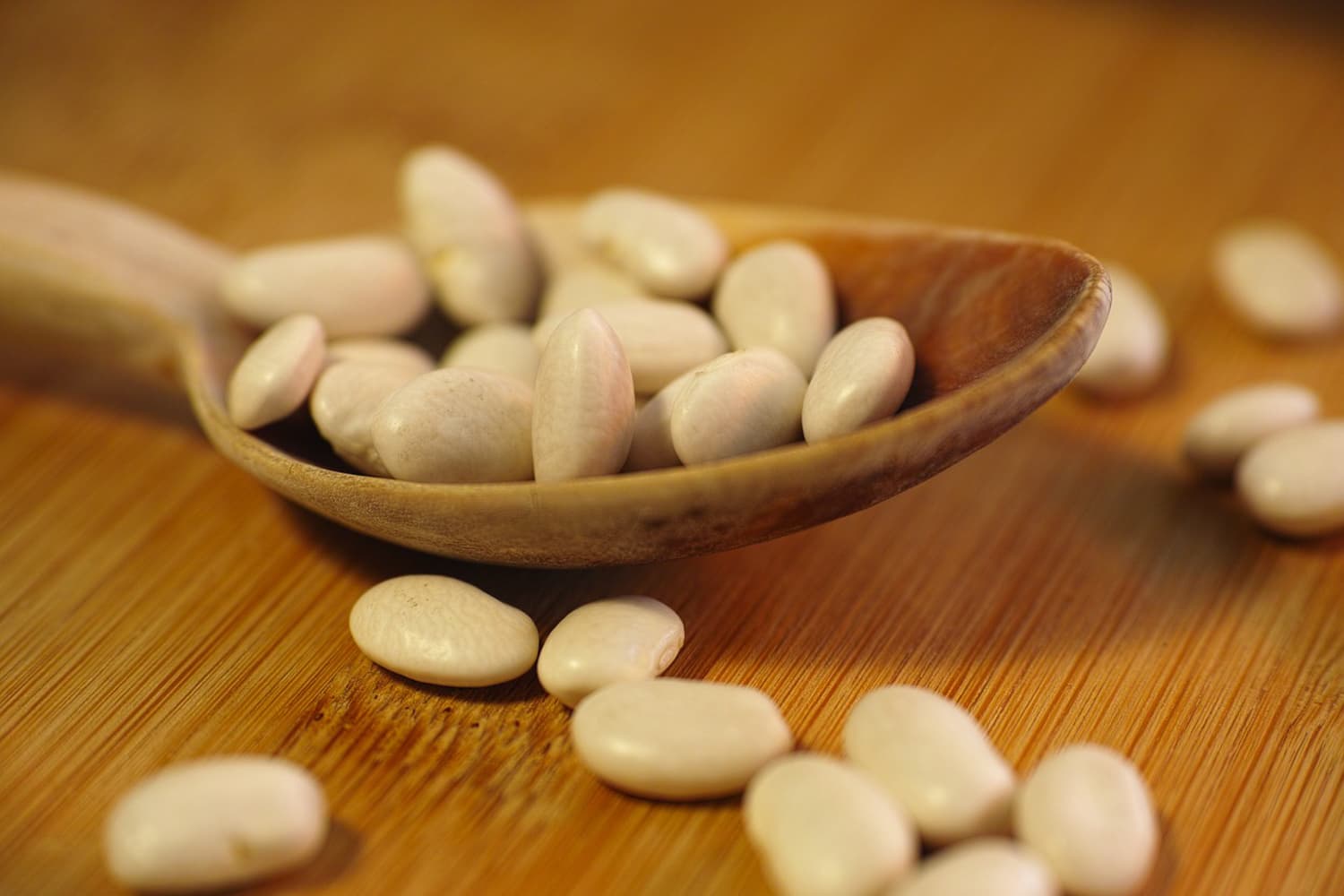 The bean seed, also called “ciavattone”, is large and has a pearly white color. Thanks to the calcareous soils its skin is very thin. The typical sign at the attachment of the seed to the pod differentiates it from the Spain type, with which it could be confused. 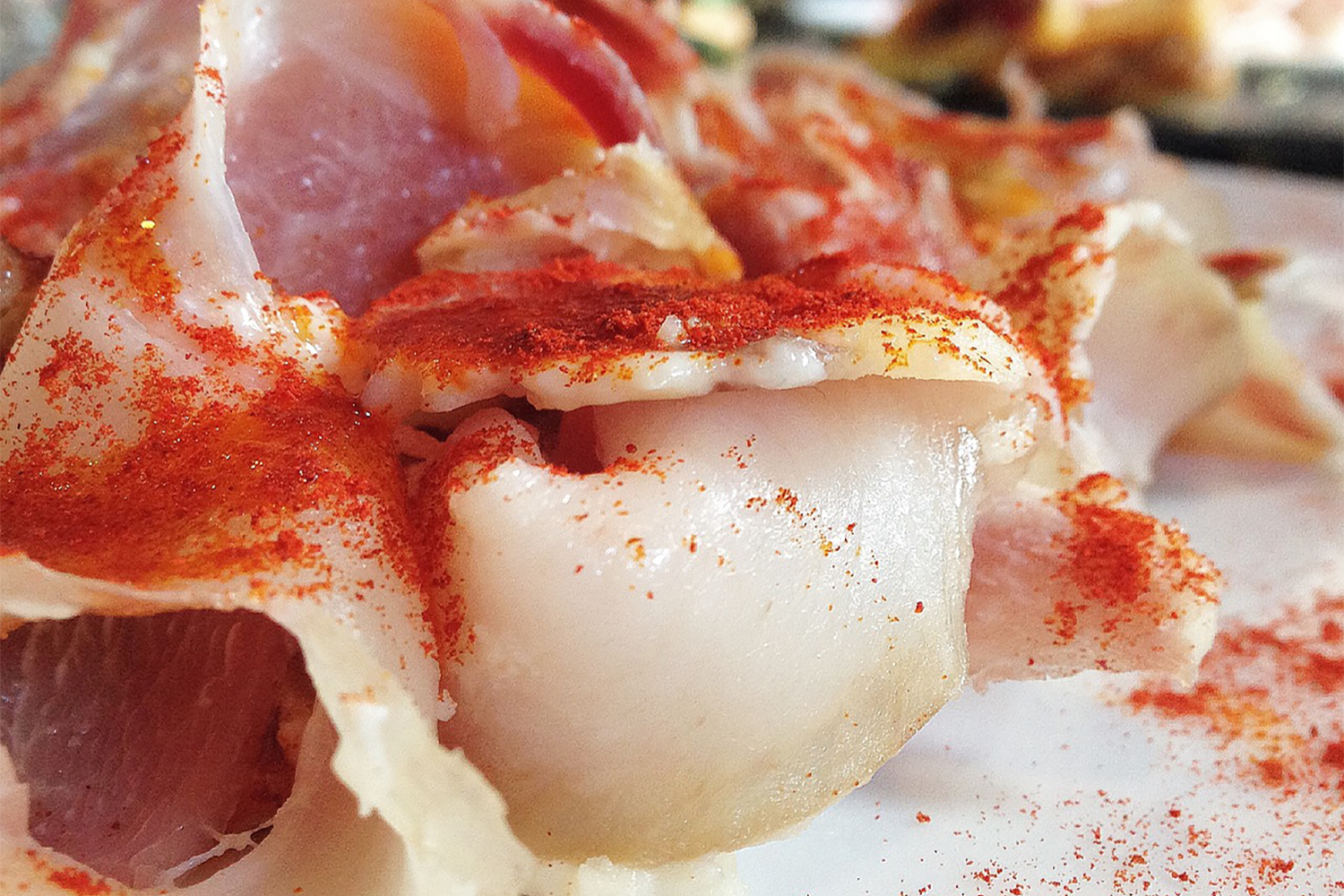 “Lardo del campo” is obtained from subcutaneous pork fat taken from back level. The lard, subjected to dry salting with fine salt and large and flavored with black pepper, nutmeg, fresh garlic macerated in Cesanese di Olevano Romano DOC wine, laurel and rosemary. The flavor is savory with accentuated aromatization and notes of field herbs. 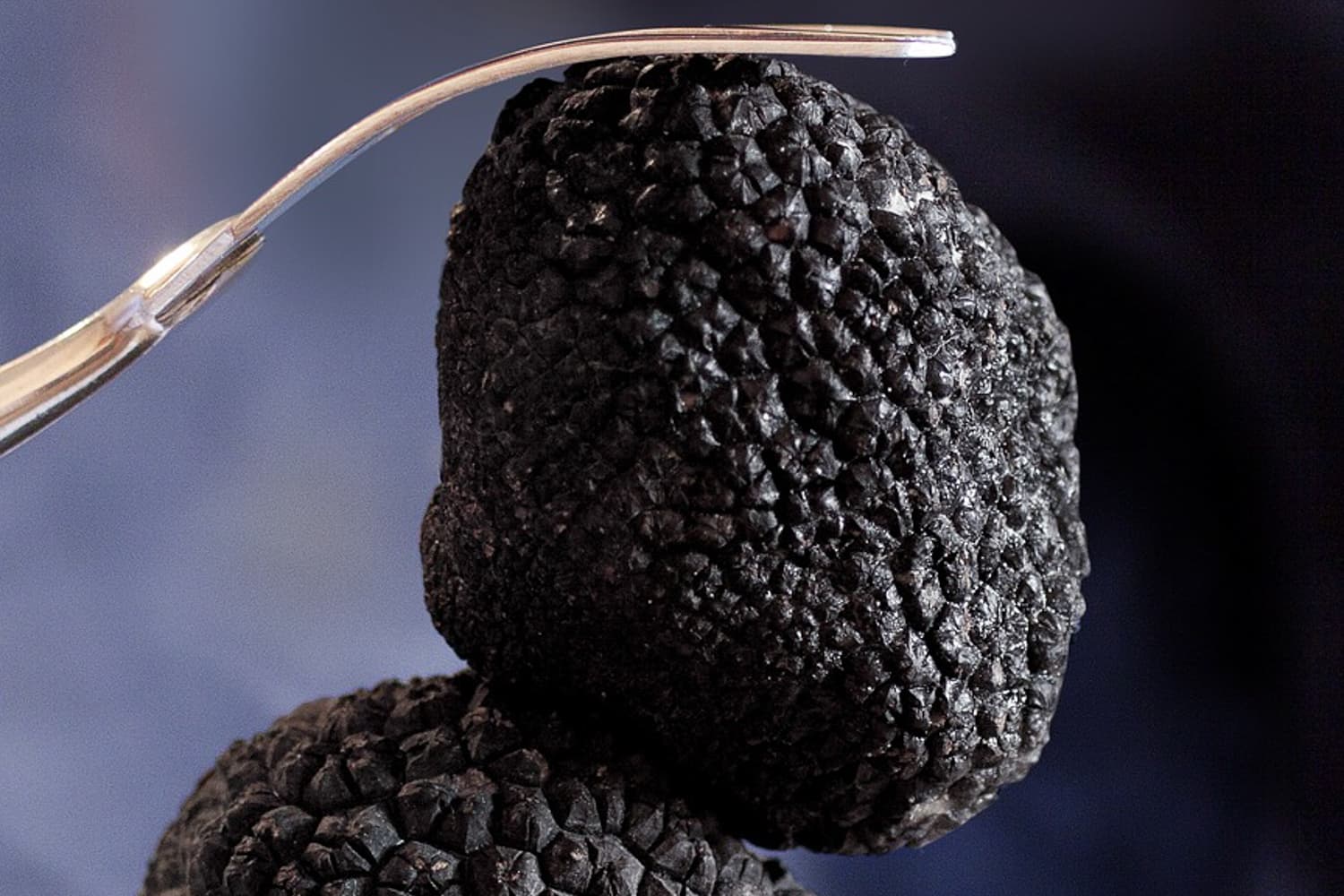 It develops in calcareous soils typical of the identified area, located at 700-800 meters above sea level. It has a black exterior, black interior Grayish, very fragrant mushroom flavor. 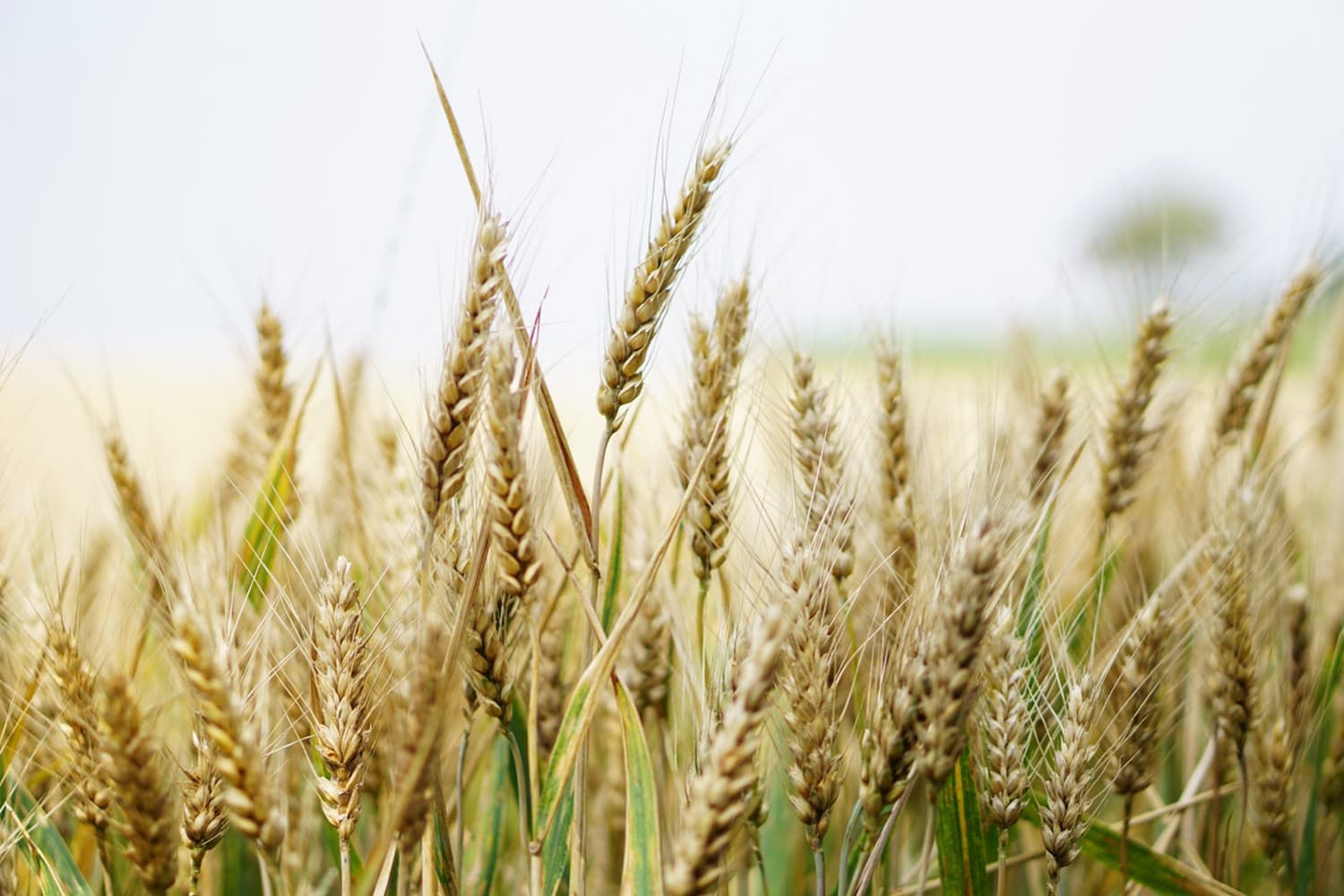 IThe spelt of Lucretili Mountains has caryopsis very similar to the grain but more elongated. The grinding takes place at stone in a water mill sited in the district of Lucretili Mountains. Seeding starts at the beginning of spring and the collection is carried out around the 20th of August. Since 1989 in the municipal of Licenza, in the first decade of October is held the historical “Sagra Elle Sagne ‘and Farre”, an event that attracts thousands of visitors every year. 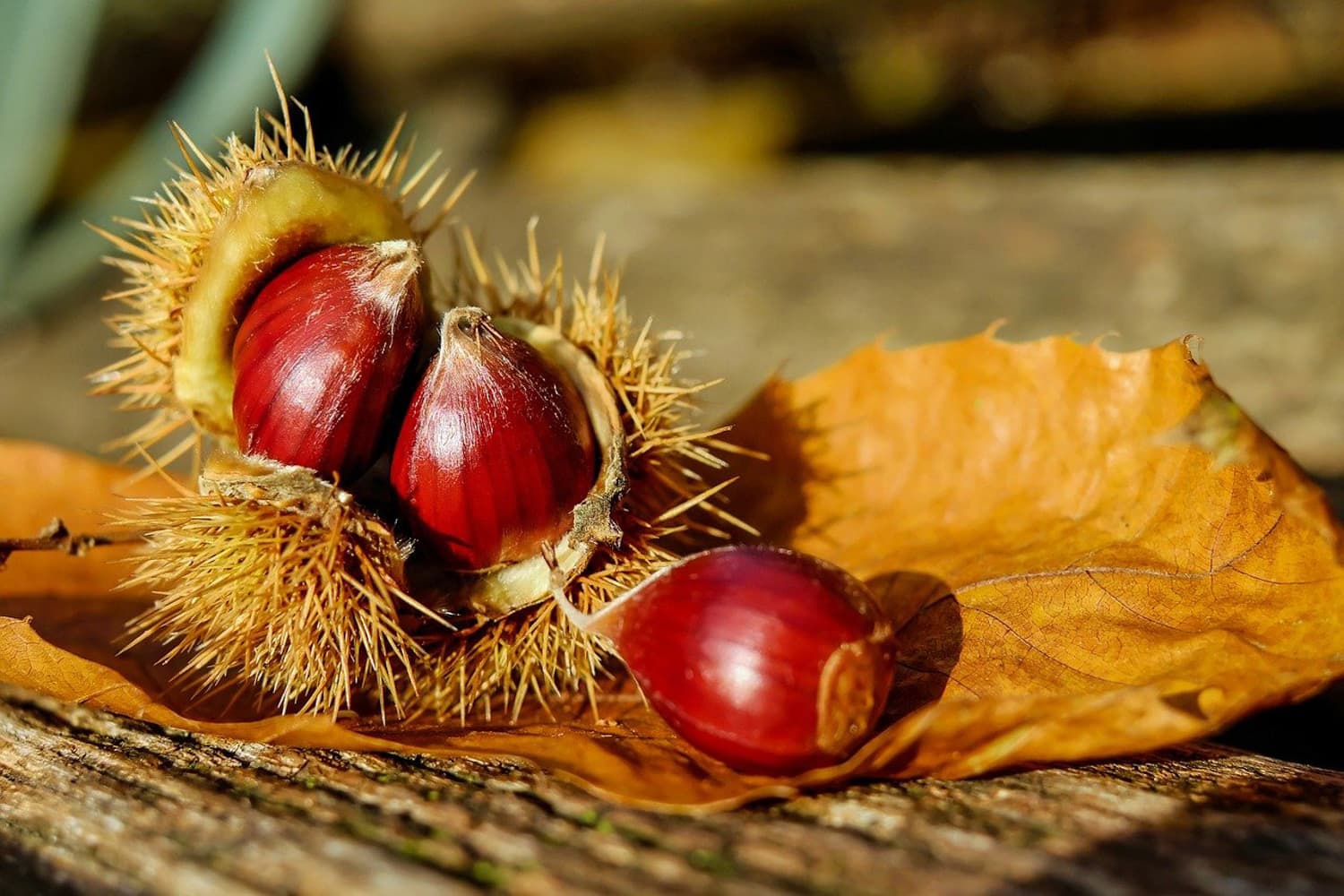 The Marrone di Arcinazzo Romano appears light brown in color, with some dark colored streaks and of a large size. The flavor is sweet, more intense than the Marroni of the neighboring countries. Harvesting is done manually from the half to the end of October. Even today, the methods of processing and storage of the product comply with the time and methods of historical tradition; proof of this is the technique, still in use, of the “curatura” in cold water. 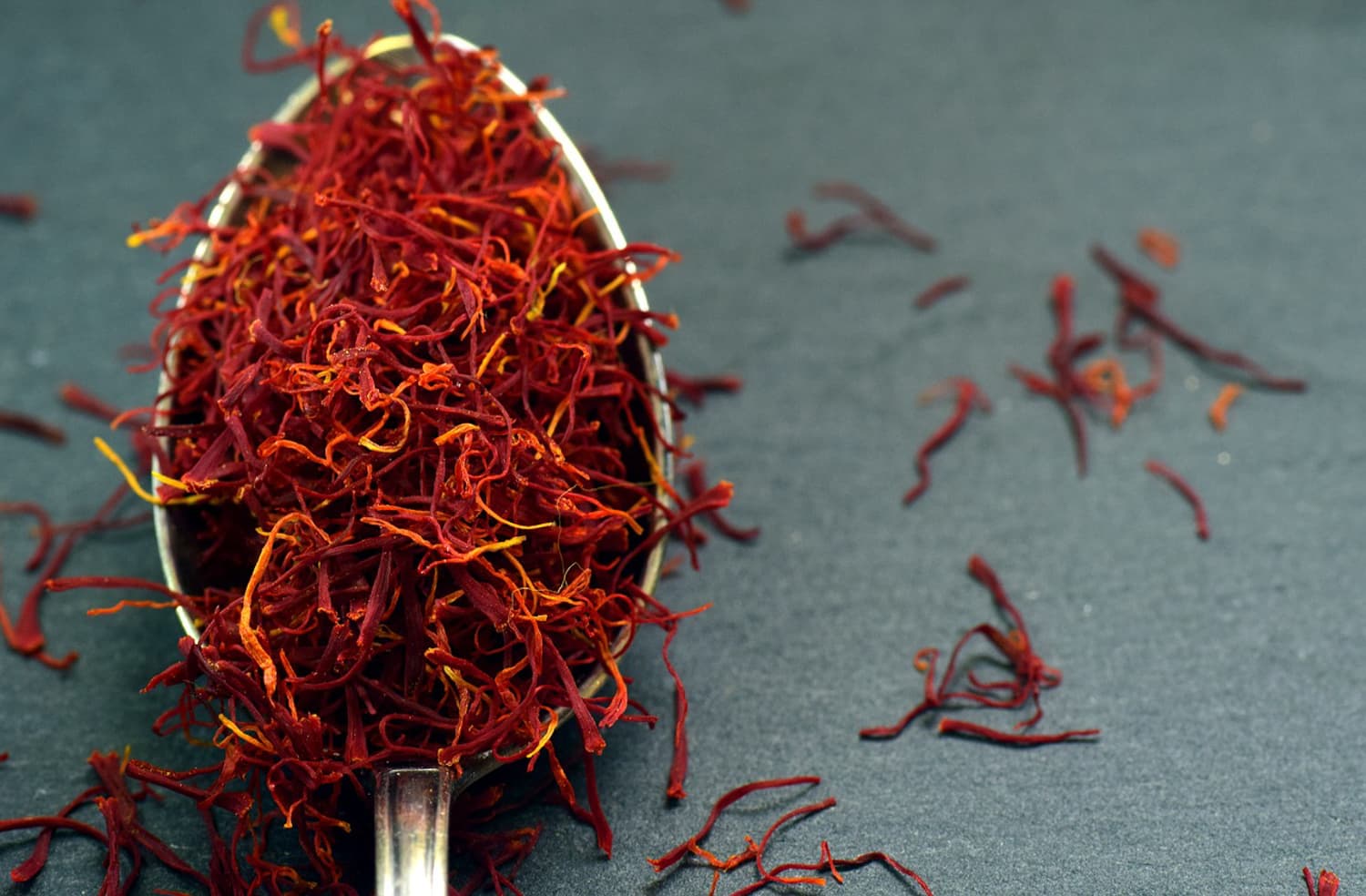 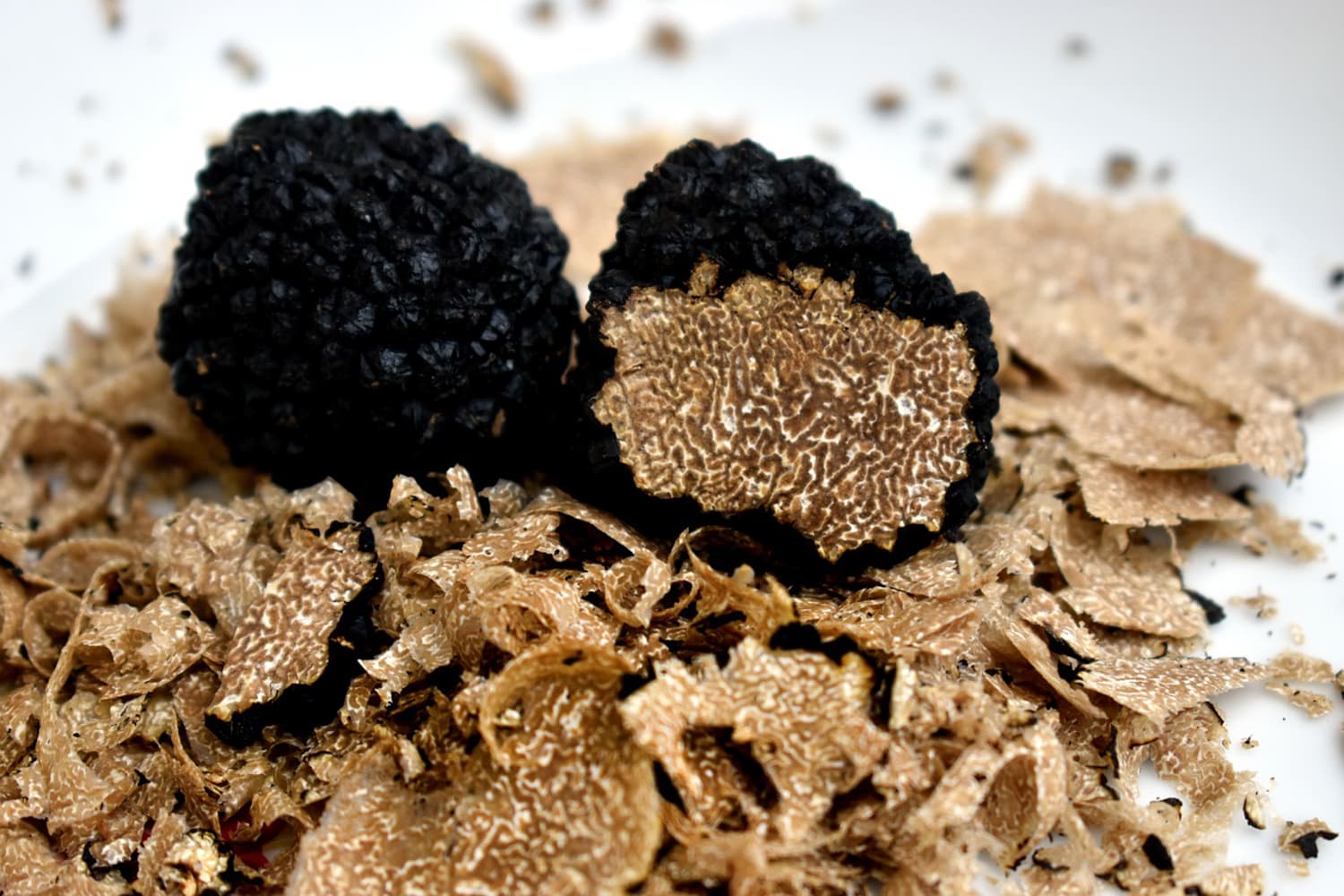 The Saracinesco truffle belongs to the Tuber Aestivum species, a typical truffle with a roundish shape, medium bulbous and cuspidate; Tuber brumale with wrinkled rind, dark in color, with a more or less regular round shape and Tuber mesenthericum in black, that has a poor scent of the pulp. 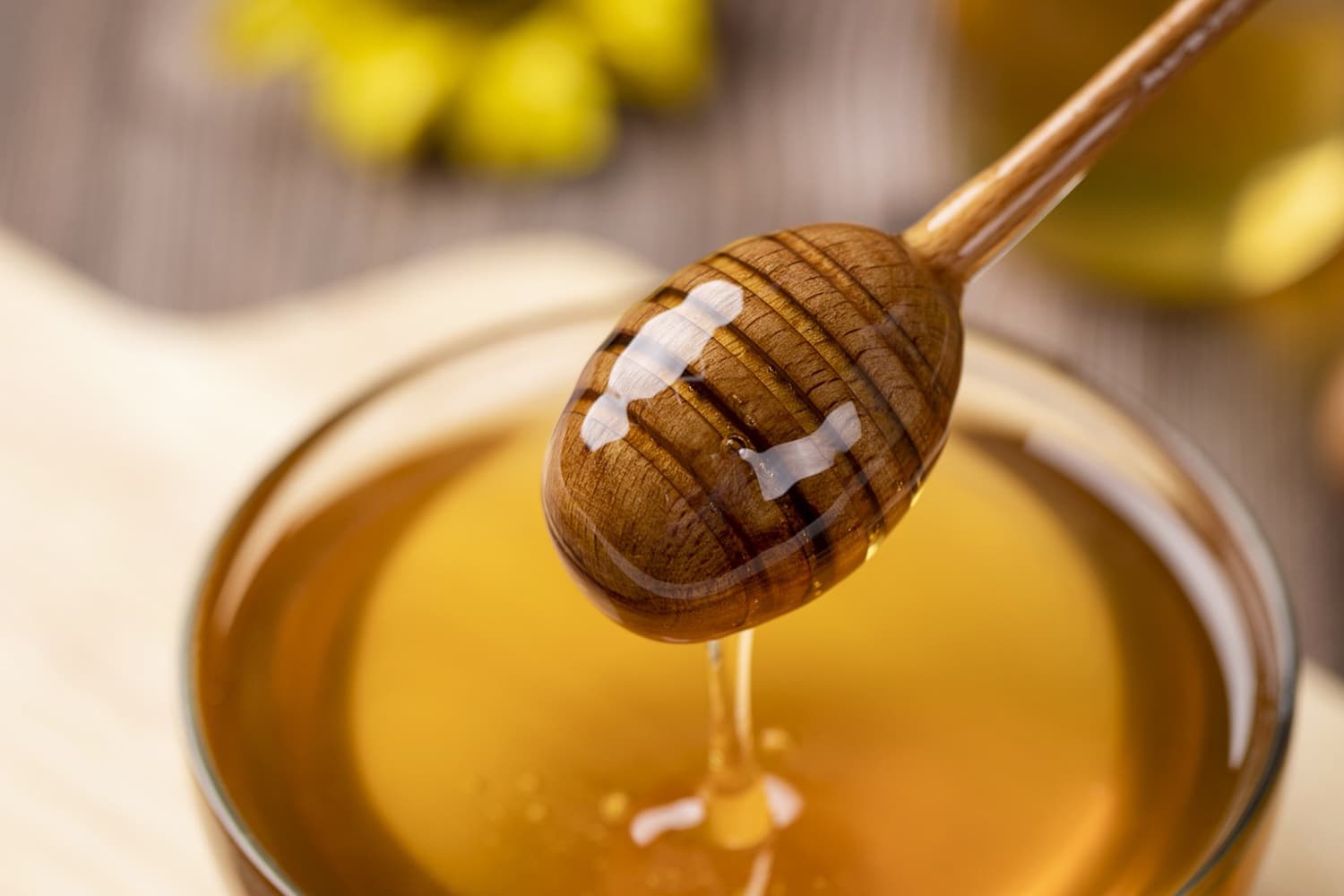 In the flowering period, from July to September, the bees gather the nectar of the flowers of this plant from which a monoflora Honey of Santoreggia with a characteristic light color is derived, tending to yellow-green when liquid and gray-green if in crystallized form. The smell is of medium intensity, with a characteristic note that recalls the smell of wet earth or mold; the flavor is moderately intense, persistent, with slightly bitter notes that recall coffee. Savory honey tends to crystallize quite quickly, forming very fine crystals and taking on a soft consistency. 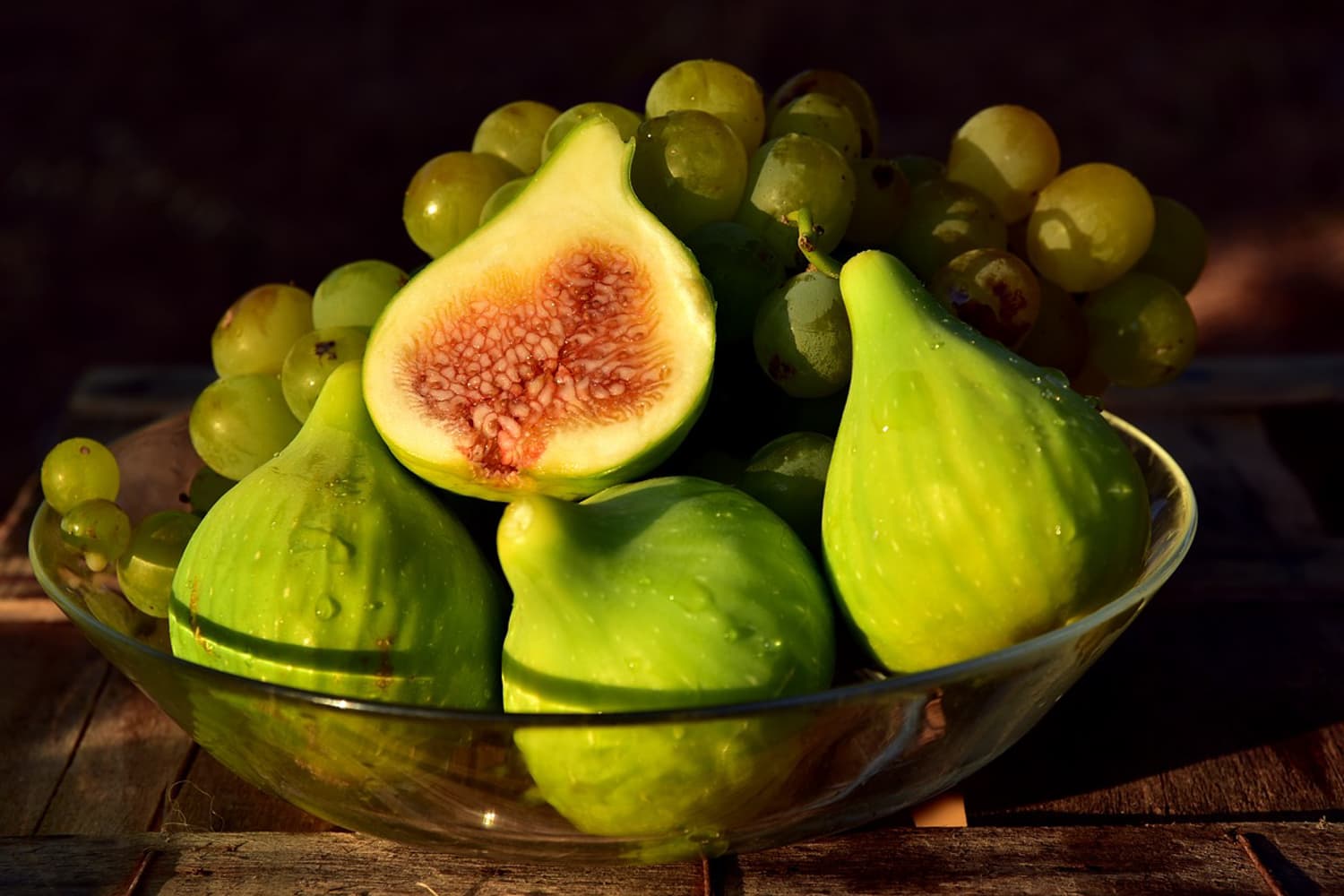 The fruits of the Fallacciano fig are of two types as the plant is biferae: 1) fioroni called fallacciani are produced on two-year-old branches; 2) the supplied products are produced in the branches of the year. The fiorone, or the Fallacciano, is a green syconium (false fruit) and ribbed, with a piriform shape almost a flask, at the end of which there is an ostiol (small opening typical of some plant tissues). The colour is dark green before ripening; then light green, and when ripe it becomes creamy. The peel is thin and not very elastic, the full, homogeneous and sugary pulp is dotted with rosaceous otrioli. 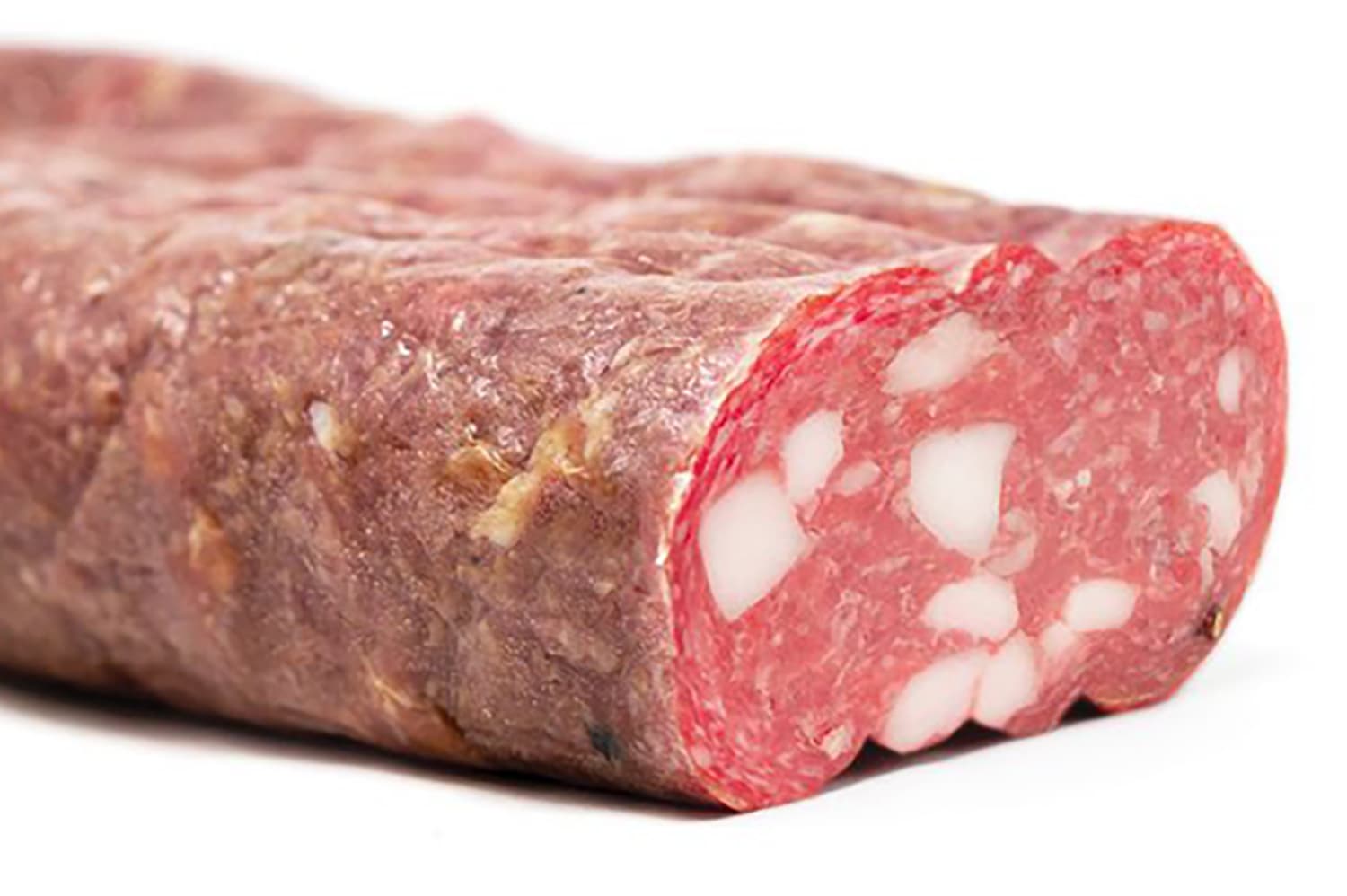 Large calibered cold cut that has a ball or irregular inclined to oval shape, the weight is related to the pieces and the type of intestine that has been used. The “Ventricina Olevanese” is obtained by the elaboration of the noble parts of the pig. The mixture, seasoned with salt and with wild fennel seeds, pepper, orange rind and fresh garlic is soaked in Cesanese Olevano Romano DOC wine, bagged and hanged in natural wrappings, such as calf bladder or particular intestine parts. The Ventricina olevanese is characterized by a spicy taste, a fragrant aroma with typical fruit notes that come from the orange rind. at part, roughly knife cut or grinded with a large hole meat grinder. The dough, seasoned with salt and flavored with wild fennel seeds, pepper, orange peel and fresh garlic, macerated with Cesanese di Olevano Romano DOC, is bagged and hung in natural casings such as bladder or veal bondiana. 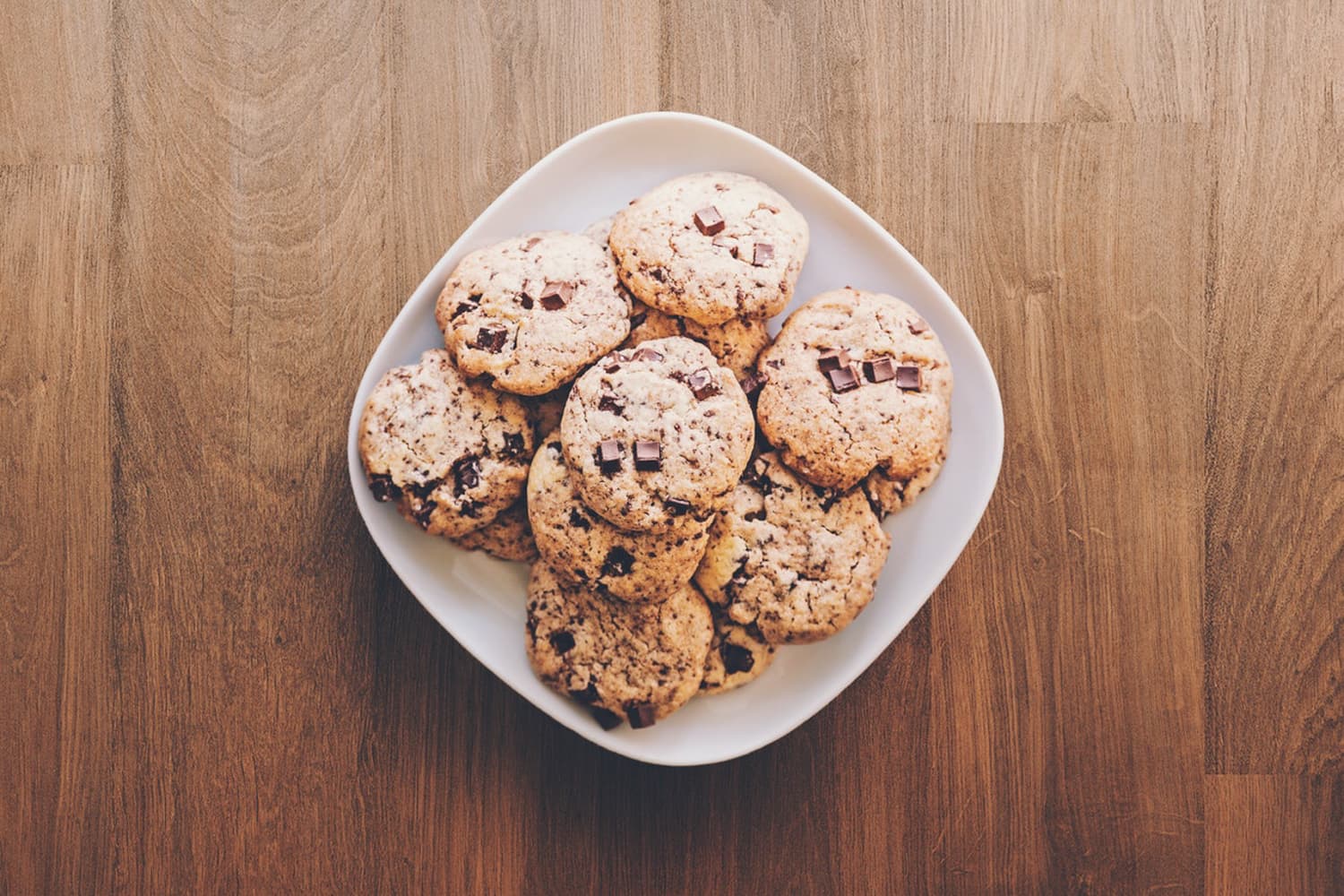 Murzitti have a round shape, dark golden color and a sweet flavor of nuts and honey. They consist of a sheet prepared with type 00 flour, eggs, sugar, extra virgin olive oil, while the filling is prepared with ground walnuts, raisins, vermouth, sugar and honey. The filling, well blended, is placed on top of the pastry, then rolled up and cut into strips. It is cooked in a wood oven. 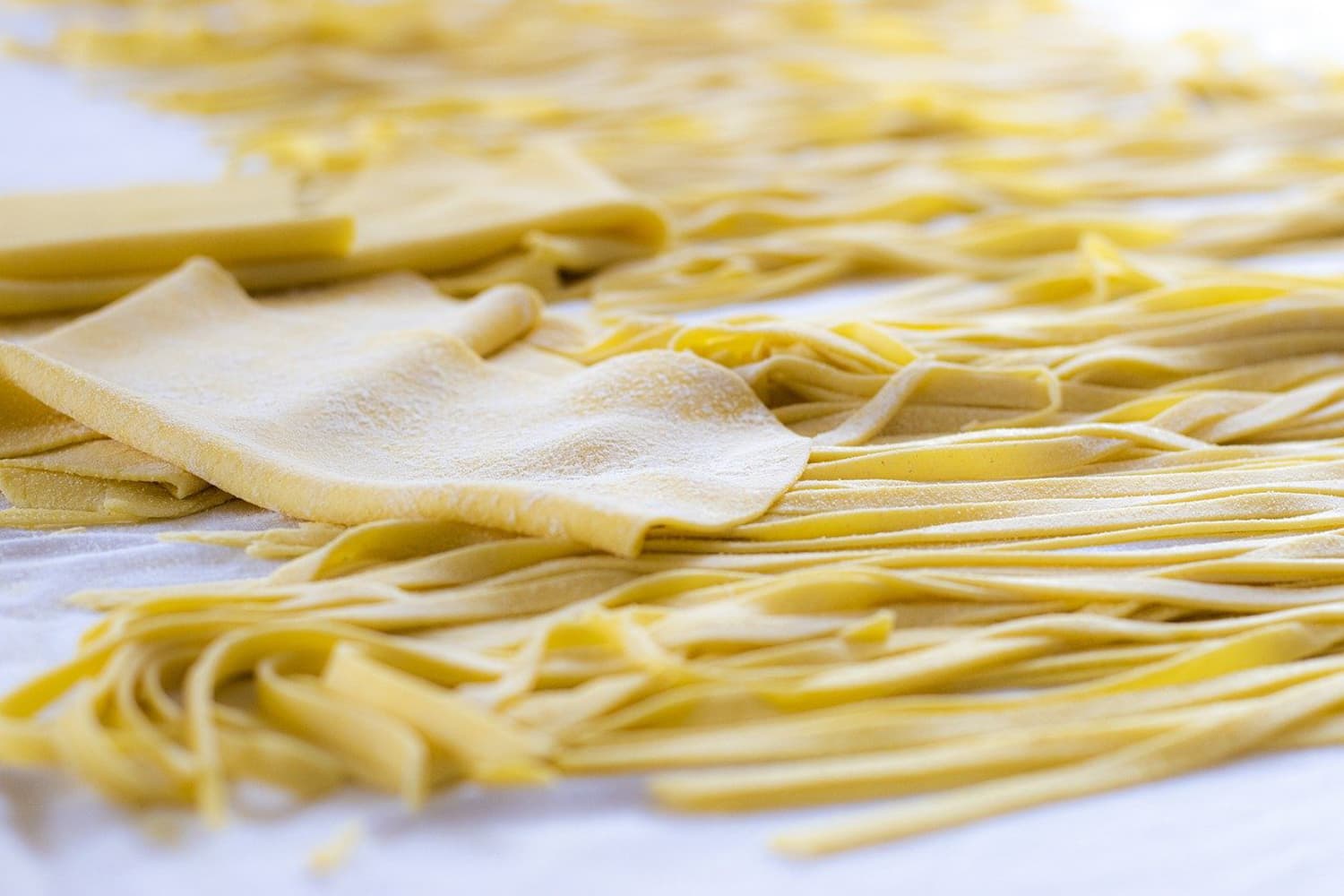 Biscuit with a characteristic dove shape, rhombus, elliptical and recently also elongated. The ingredients for its preparation are: sweet almonds, egg white, powdered or normal sugar, natural flavors (for example grated lemon peel) and vanillin. The color of the subiachino is light brown with the surface covered with white icing, locally called ice, which is prepared with egg white, lemon and icing sugar.

The ‘Ndremmappi of Jenne are a fresh pasta, of a pure peasant matrix, obtained by mixing not very refined flour still containing a certain amount of bran, warm water that makes the mixture more homogeneous, and salt. The appearance of the paste is dark in color. Traditionally ‘Ndremmappi of Jenne are seasoned with a sauce made from a sauté of extra virgin olive oil, garlic, hot pepper, tomato and anchovies (pickled or under salt). 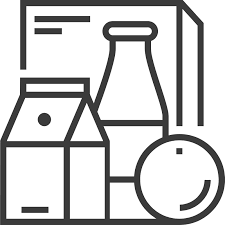 For “litorale Romano” means the stretch of coast that gives Civitavecchia comes up to Nettuno. For to the geographical nature of the area of great interest are the fish products among which we remember the tellina (Slow Food Presidium), whose fishing interests the coastal stretch that gives Passo Scuro comes up toAnzio.

With “Complesso lacuale di Bracciano e Monti Sabatini” it refers to the geographical area that extends around the lake of Bracciano.

The peculiarity of the area is certainly the lake fish. There are two species par excellence associated with Lake Bracciano: thecoregone and the lattarino.

The territory of the Monti Lepini falling within the province of Rome affects the municipalities that from Artena continue southwards to Carpineto. It boasts numerous known productions that mainly derive from the breeding of the black pig of the Monti Lepini..

The territory of the Valle delle Aniene is attributable to the municipalities belonging to the mountain community of the same name, which extend from the peaks of the Simbruini and Lucretili Mountains to the plains adjacent to the Aniene.
Renowned for the production of legumes, it boasts a consistent number of bean species recognized as typical.

By ‘Valle del Tevere’ we mean a large area that extends from the border with the Sabina to the south east of Rome where it borders the Valle dell’Aniene and the Castelli Romani and Monti Prenestini. In particular, in the north east of Rome, we find a very large oil production, which can also be found in the province of Rieti.

The typical products and excellences found throughout the province of Rome.

WITH THE PATRONAGE OF

WITH THE CONTRIBUTION OF